Array#reduce allows you to iterate through an array and modify an accumalator object every iteration, that is provided back to the next element in the next iteration.

The following code will run the function every iteration and pass it the current element's value and the current accumalator's value. The default accumalator is set to 0.

How do you use Array#reduce asynchronously 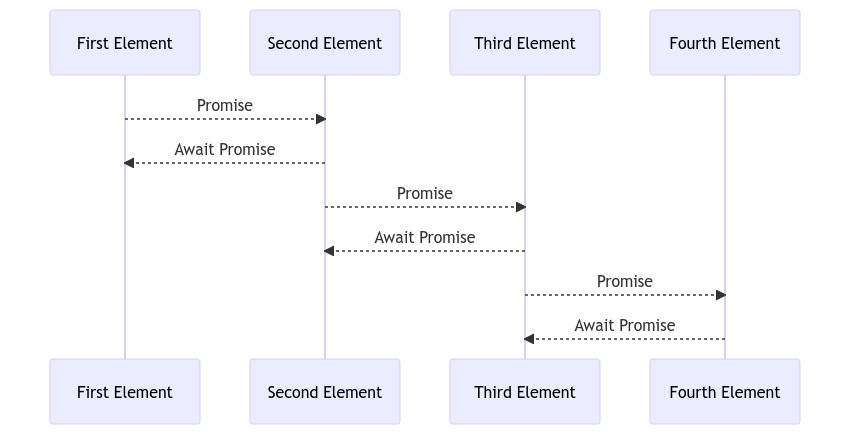 Basically, what happens is that every iteration, you do the asynchronous work, and return the promise. In the next iteration, the promise is resolved, and then it is processed as an accumalator. In the end, Array#reduce will return a promise which would resolve to the final result. Here is an example:

Over here, we iterate over the array of the first three natural numbers and then define an asynchronous arrow function that first runs await on the acc and then processes it, returning the new value. The little complicated part is why can't we just do this:

However, Array#reduce doesn't have any special logic to handle async functions, so it just evaluates it like a regular function and sets the value of the accumalator to the promise returned by the asynchronous function. That means that when our function recieves its accumalator, it recieves a promise that has to be resolved first.

To remove the await when assigning newValue, the next iteration will get a promise resolving to a promise.